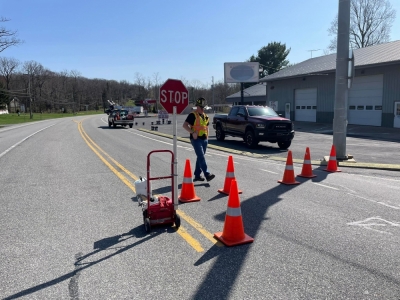 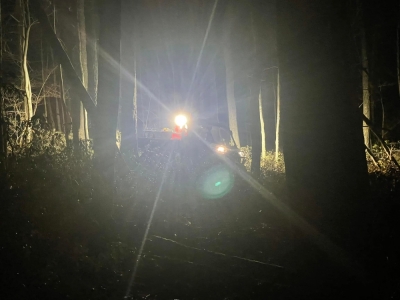 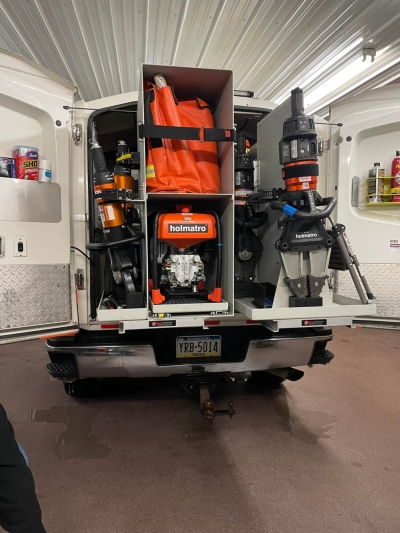 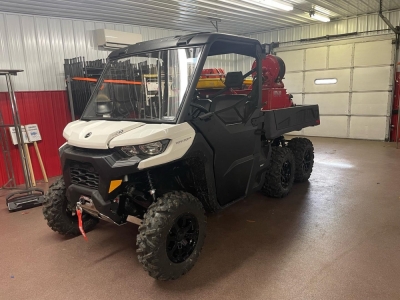 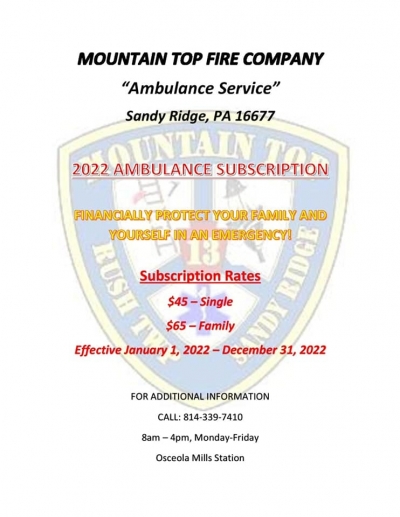 Our annual ambulance subscription drive is underway for 2022. We do third party billing. This means, when you are transported to the hospital by our ambulance, we will bill your health insurance provi...
➠
CPR Recertification
This evening, 10 members completed the American Heart Association BLS Provider recertification. This class serves as a refresher in performing resuscitative efforts on adults, children, and infants su...
➠
Sandy Ridge History

Sandy Ridge was founded as brickyard town mainly because of the abundant quantity and quality of the clay.  The current Sandy Ridge was originaly made up of Powelton, Retort and Sandy Ridge.  During it's boom era in the early to mid 1900's, there were 2 brickyards, 3 post offices, 3 general stores, school, a shoe store, a movie theatre, and a skate rink.  During it's prime, the Sandy Ridge Brickyard, was producing the most bricks in the country; second only to Star Works of Pittsburgh. Most of the early houses in town were "company houses" which is why most had similar appearances.

In 1879, W.J. Jackson leased a track of land in the area known as Powellton which he continued a coal mining operation. The mine extended into the mountain 1.25 miles which yielded 4400 tons of coal monthly. Mr jackson employed 75-80 men at his year round mine. Also he began manufacturing brick. The "excellant" quality clay was mined about a mile away and was taken to the brick yard by tram. At this time, there were 48 tenements in Powelton. At that time, the village contained the company store, school and church. 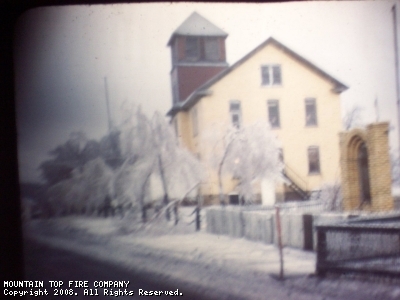 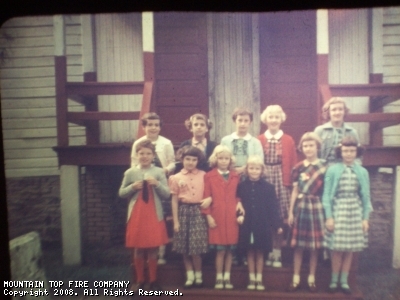 Established in 1866, the Sandy Ridge brick works were established under the name of William R Miller. At the time, it was the most extensive enterprise of its kind, possibly in America. At the beginning of the operation, the daily brick yield was 4000 bricks daily. In August 1881, the 10 kilns were changed to the down draft pattern which yielded 25,000 brick daily and 7,500,000 for the year. This was to be the most of any brick yard in the country second only to Star Works of Pittsburgh. In "Sandy Ridge" at the time, there were 36 tenant houses for the workman. There was also a school, but no church. For worship, residents had to attend the Methodist Episcopal church in neighboring Powelton. Below is an artist rendition of the Sandy Ridge Brickyard. 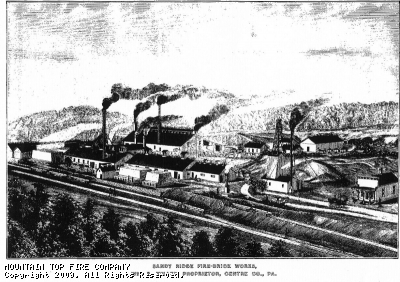 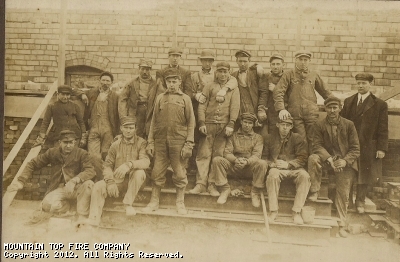 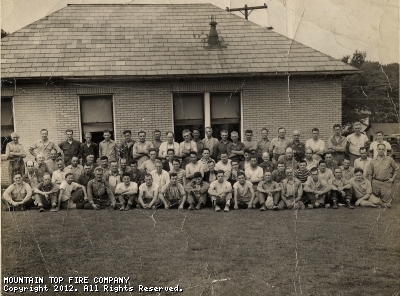 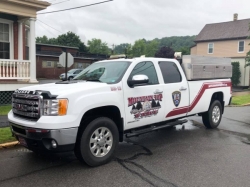 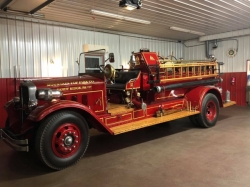 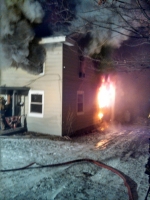 This site has been viewed 530,803 times.
Calls
News
Events
Pictures
Apparatus
Maintained by the members and staff of MOUNTAIN TOP FIRE COMPANY. Designated trademarks and brands are the property of their respective owners. Copyright © 2006-2022. YourFirstDue Inc. All Rights Reserved. Content on this web site is supplied by MOUNTAIN TOP FIRE COMPANY. YourFirstDue Inc. cannot be held responsible or liable for any content, text, pictures, or any other media found on this web site.
Management login
Powered by